Storyteller: The Photographs of Duane Michals

for Carnegie Museum of Art

Duane Michals has long been a hero of mine so I was honored to work on this exhibition and accompanying catalogue. Curated by Linda Benedict Jones, Storyteller was a definitive retrospective of the groundbreaking photographer whose work spans over half a century. It started with a slide show of stylistic choices that dominated photography before Michals first came onto the scene. Frosted panels with his handwritten prose began and ended one’s walk through the exhibition. Color helped designate the ten different sections of work. The often small photos—many part of his “sequences”—were hung at various heights (the “Childhood Stories” section was at a kid’s sightline) and were interspersed with memorable Michals’ quotes. Also included were a large blow-up of two of his contact sheets as well as 29 of the reported 36 different Synchronicty covers for which Michals shot photos of the Police.

The Carnegie’s Emily Rice was a tremendous partner on this project. Photos by Tom Little. Last photo by Michael Henninger of the Pittsburgh Post-Gazette. 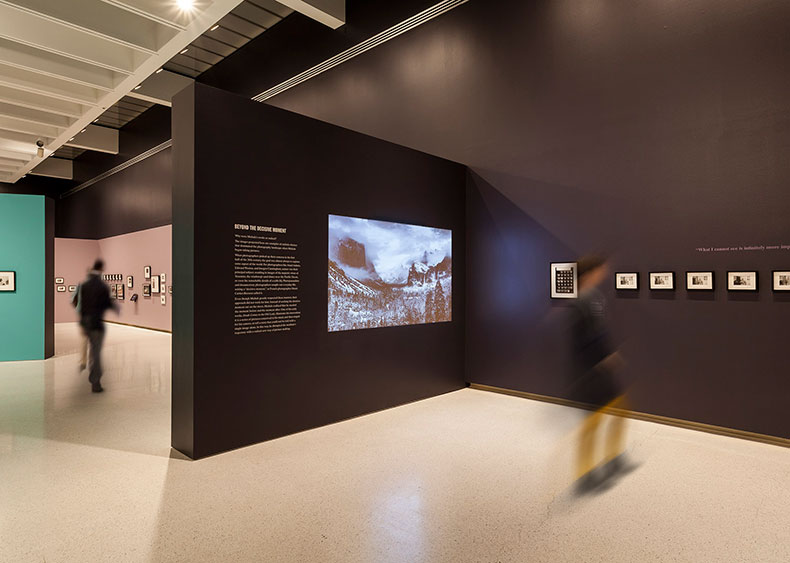 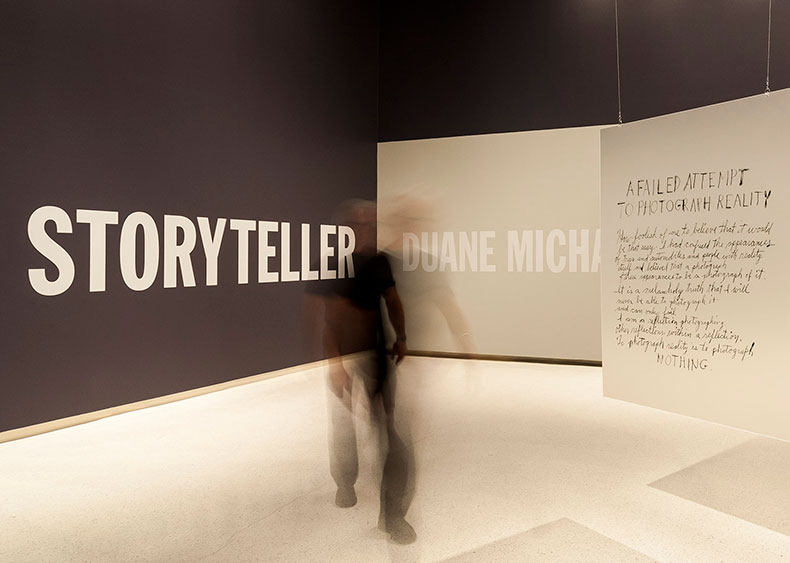 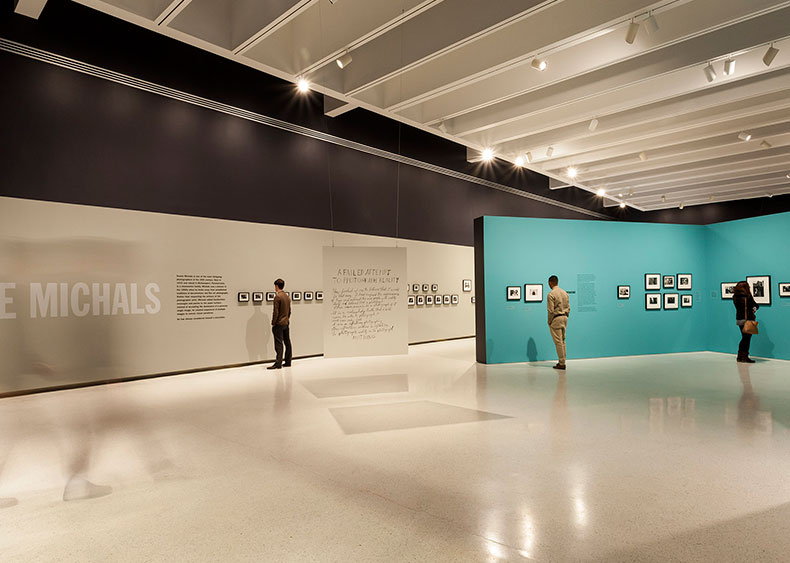 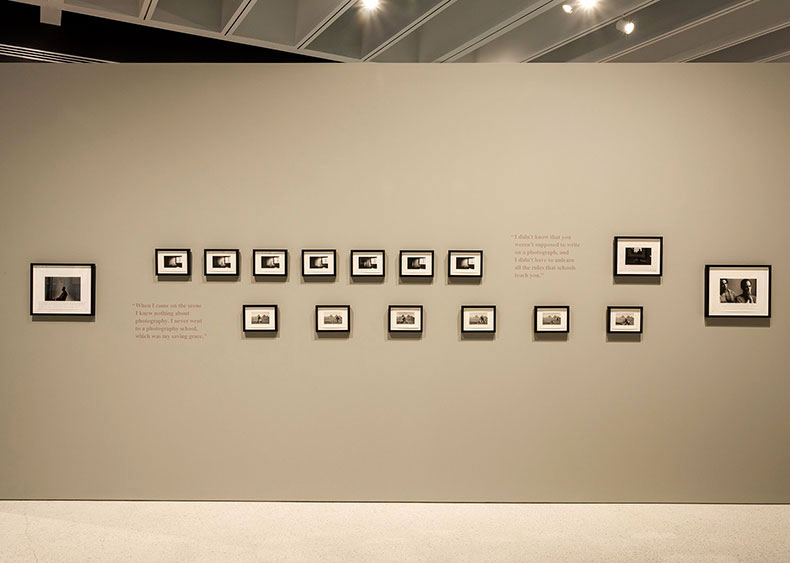 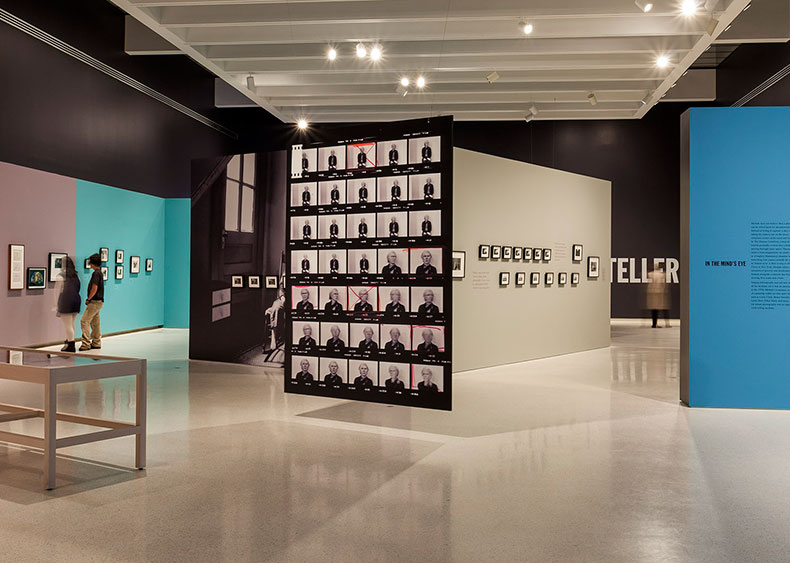 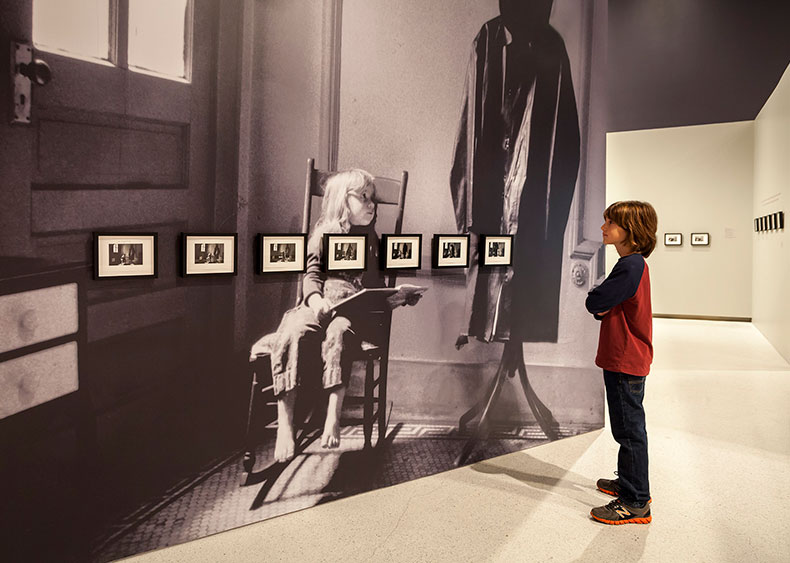 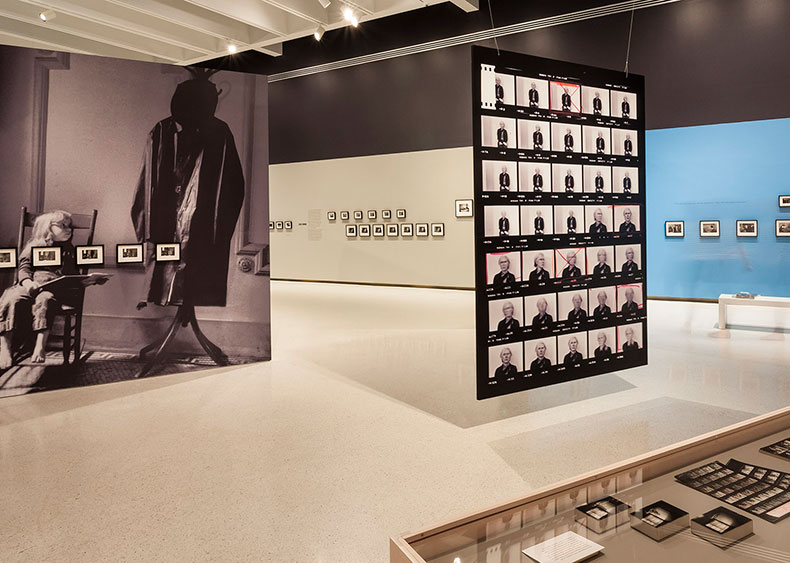 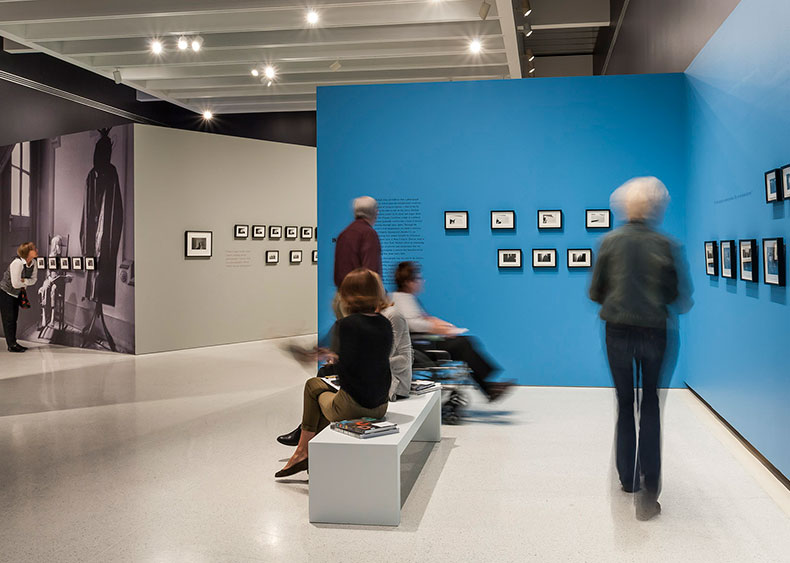 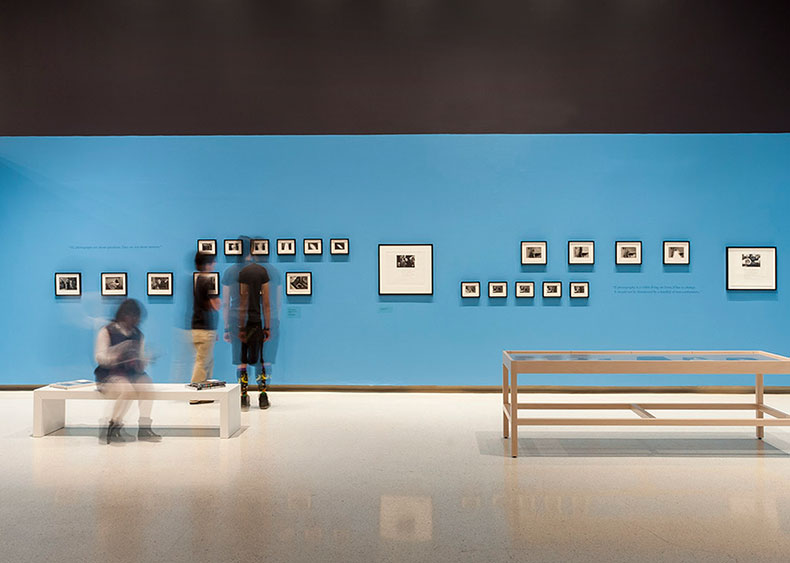 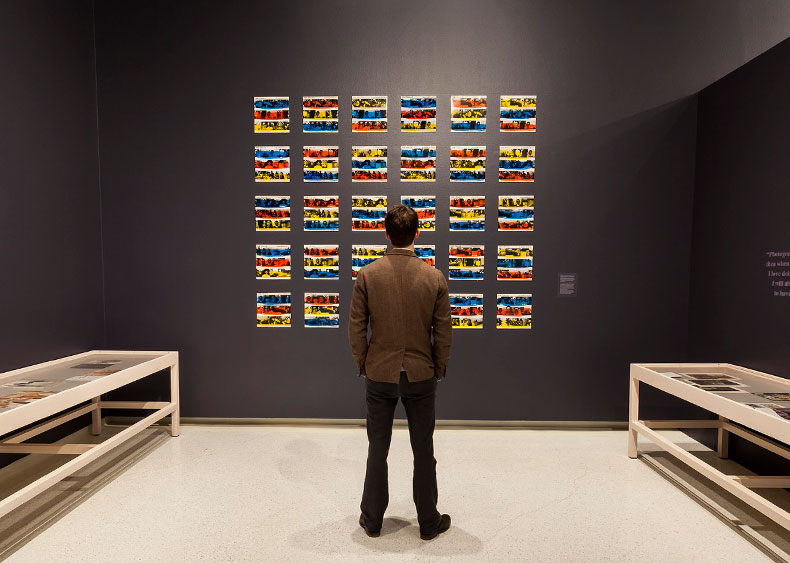 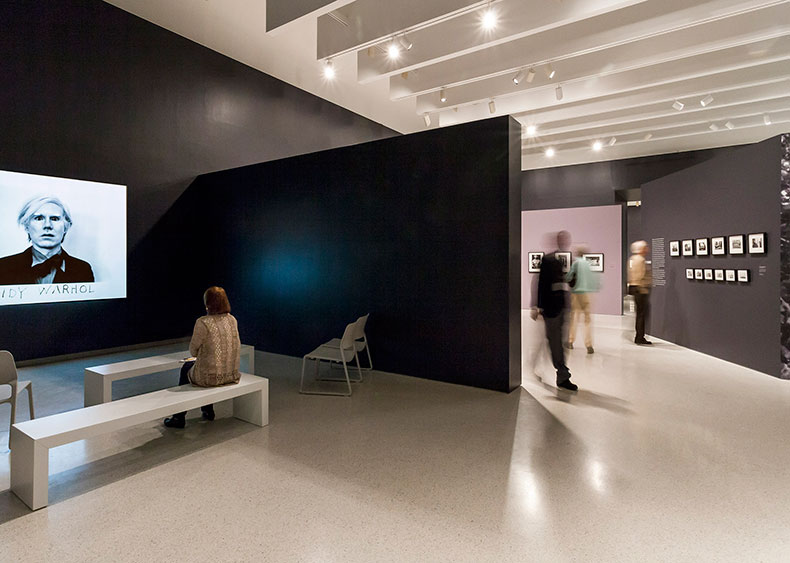 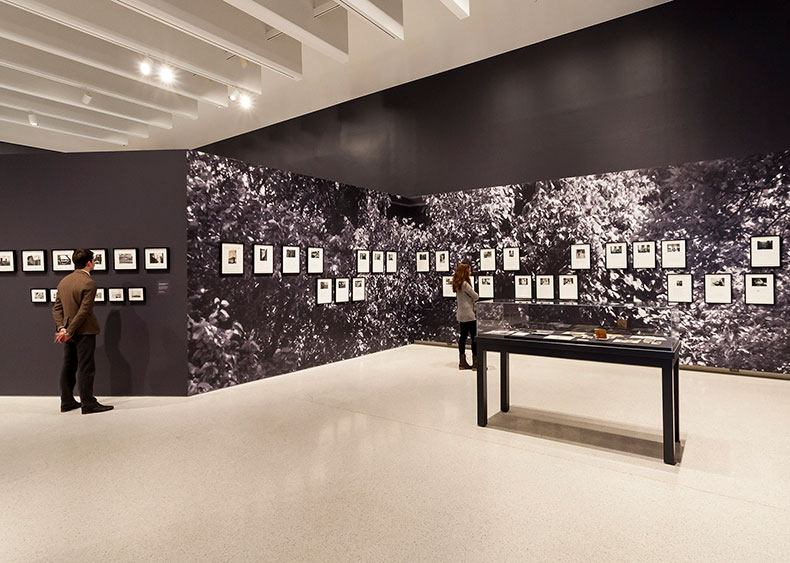 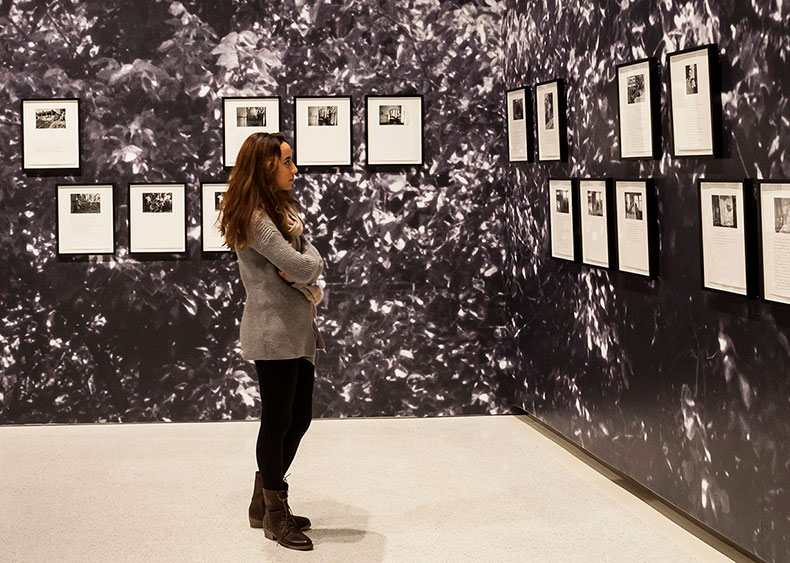 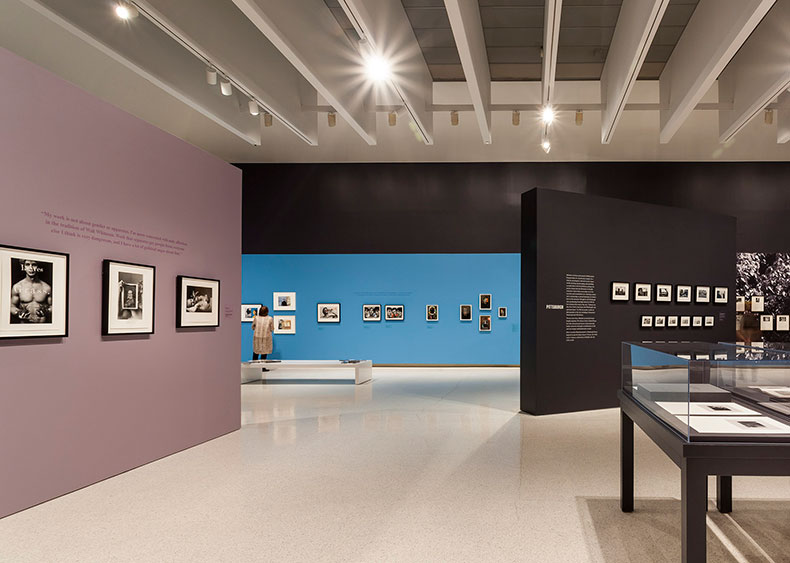 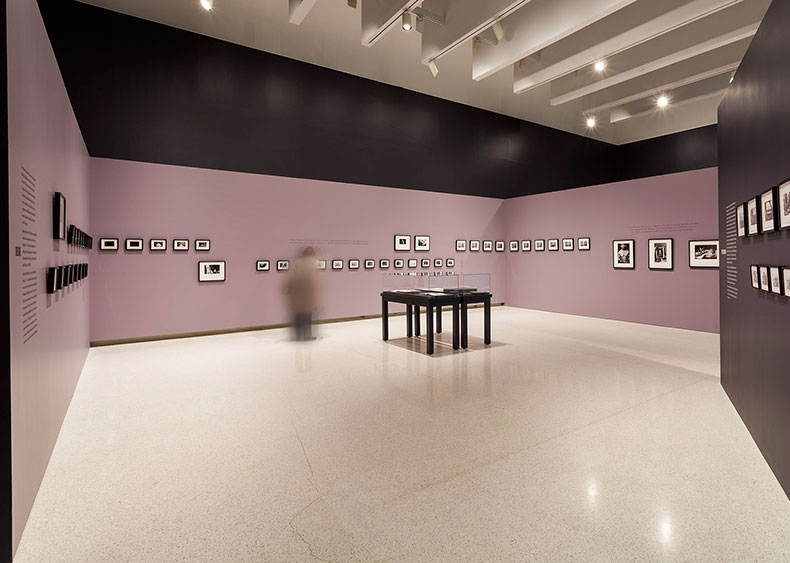 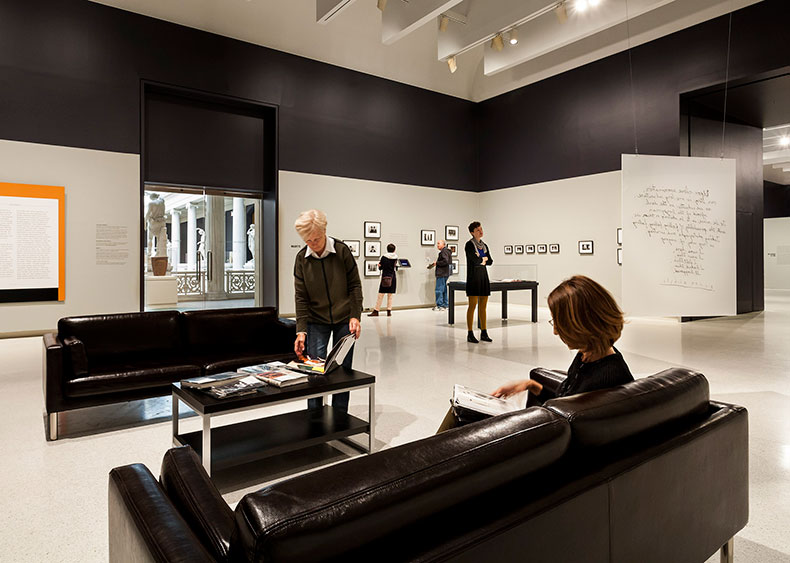 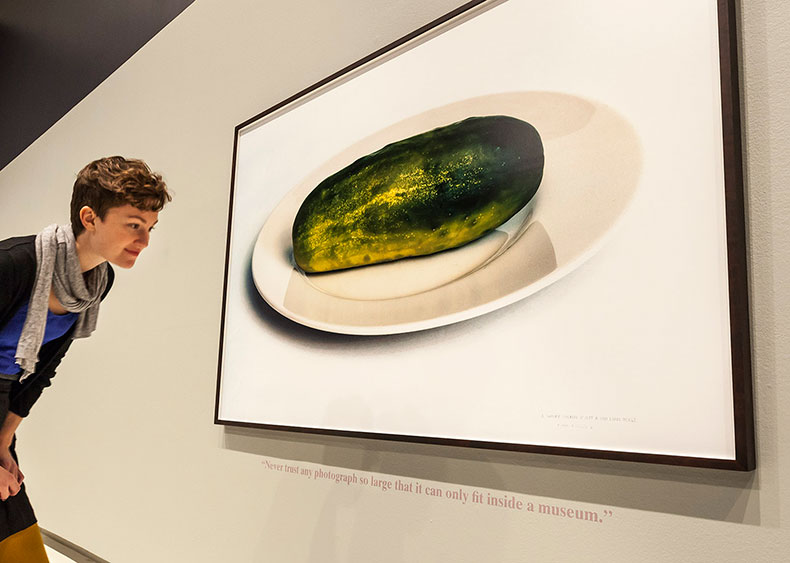 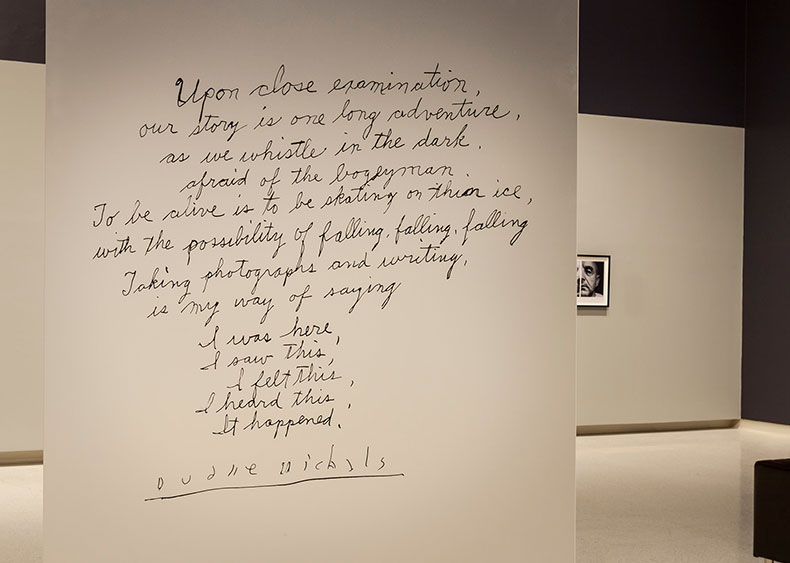 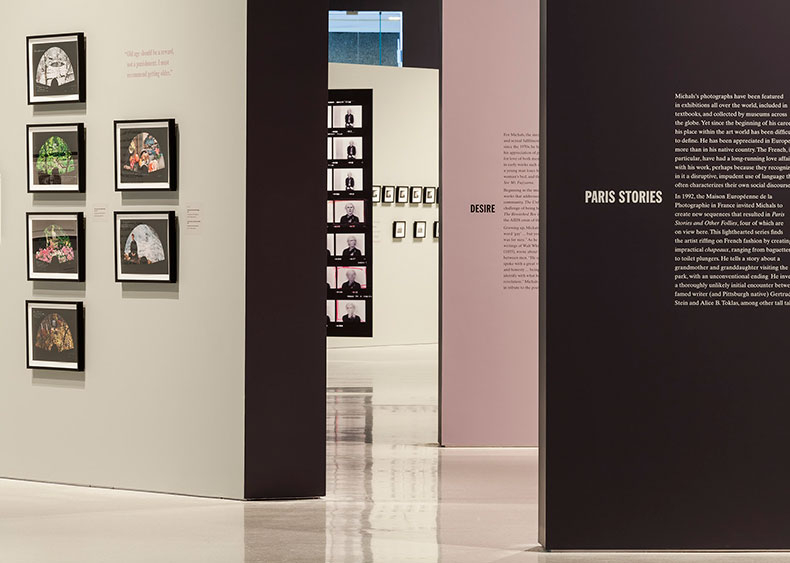 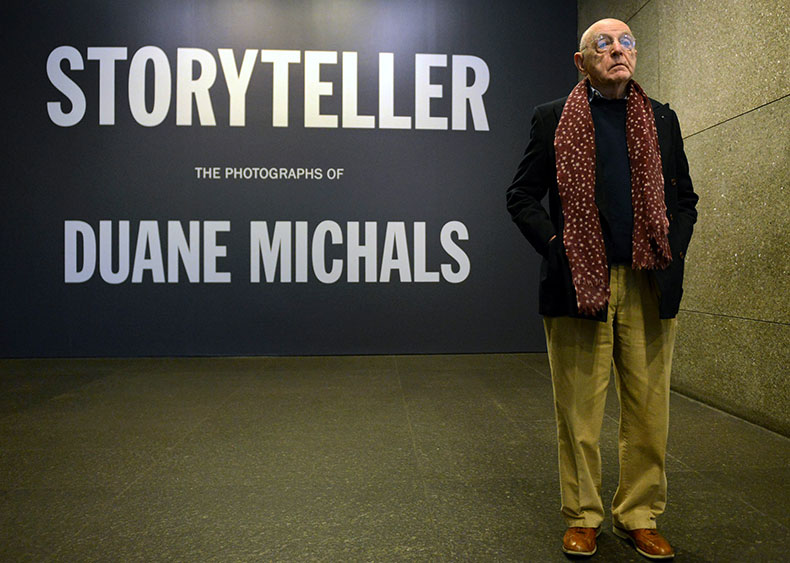