Somebody Turned Around and Shouted

I love watching YouTube videos with my sons of songs I remember from when I was a kid. One night my youngest pointed to something in the “Suggestions” and said, “Play that.” It was Wild Cherry doing “Play That Funky Music” on “The Midnight Special.” I realized that when this song first came out, I was around the age that my sons are now. I did a Wikipedia search and discovered that the song was supposedly written in the dressing room of the long-since-gone 2001 Club here in Pittsburgh. Journalist Aaron Jentzen uncovers the real story behind the lyrics, the fallout it caused for the band soon afterward and the life that “Funky Music” has had over the past 35 years. An envelope with the complete lyrics holds two booklets. One has stills from “The Midnight Special” performance. The other features Aaron’s article, complete with interviews of a DJ, a music critic, a clubgoer who danced at the 2001 Club as a teenager, band members and the lead singer himself, Rob Parissi. He now lives on a Florida beach—still enjoying the spoils of a one-hit wonder. 5.5 x 8.5 inches, 16 and 12 pages. Watch the video that inspired this. 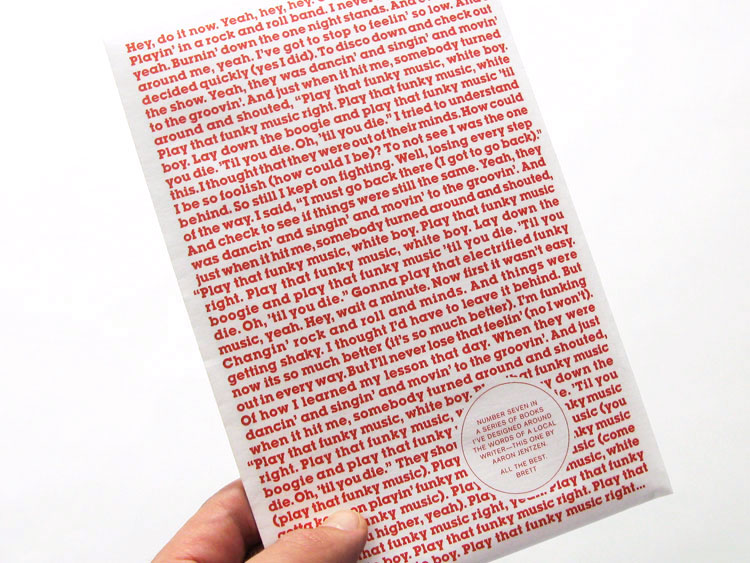 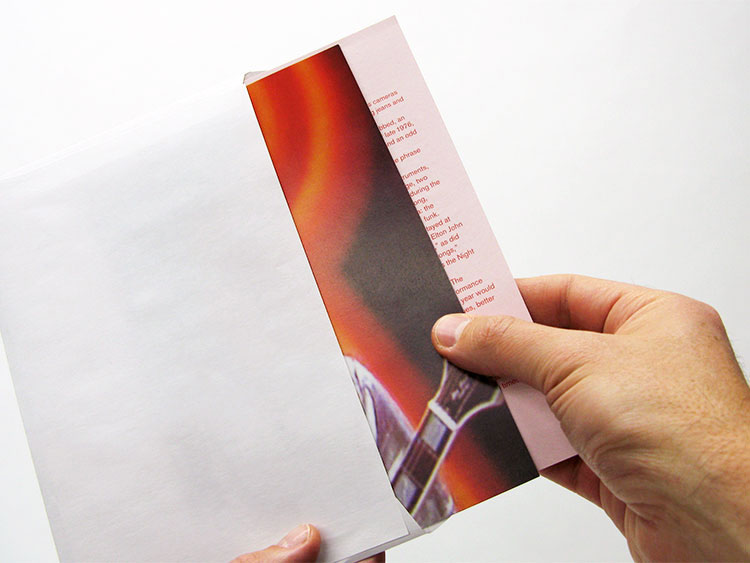 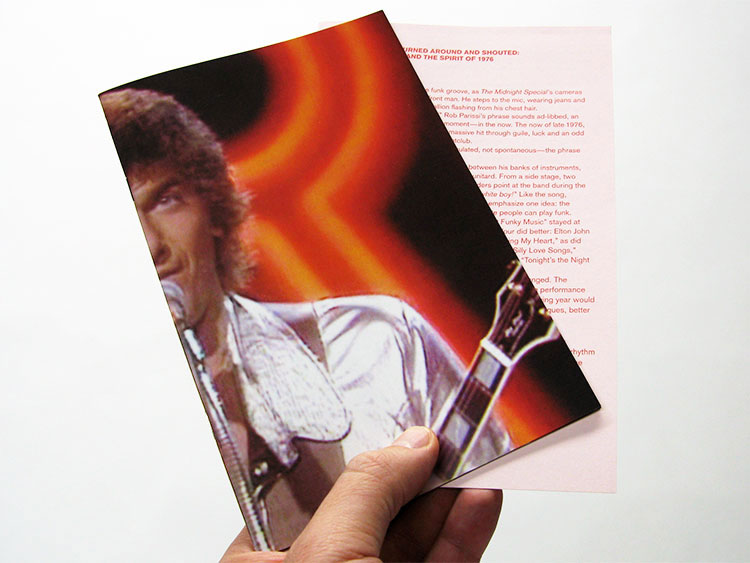 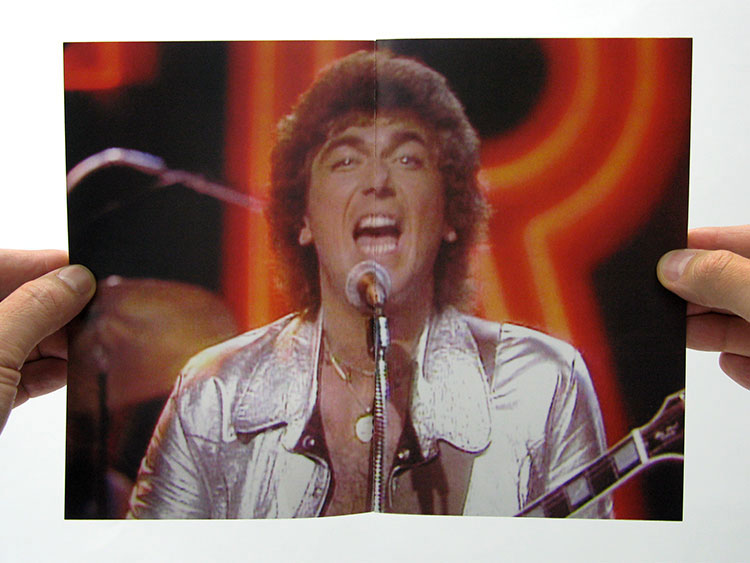 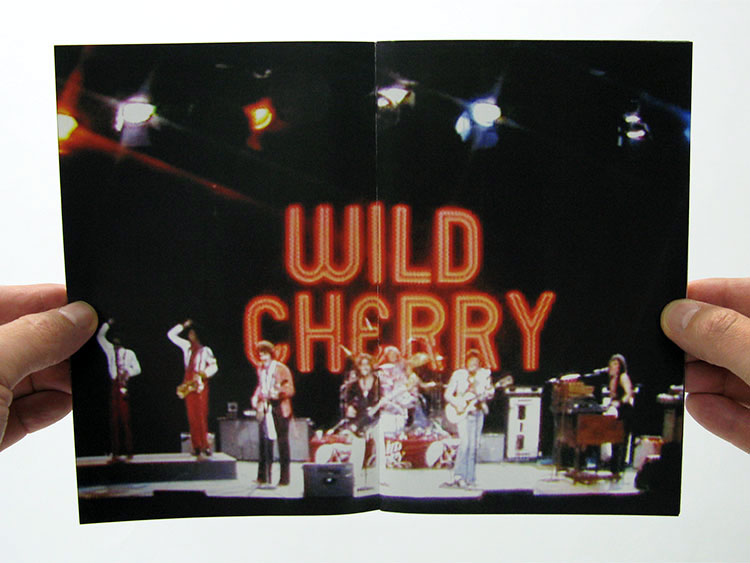 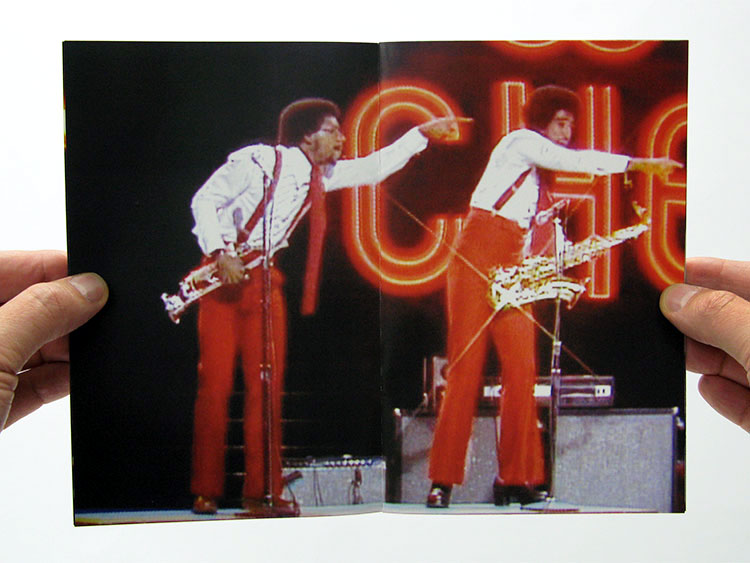 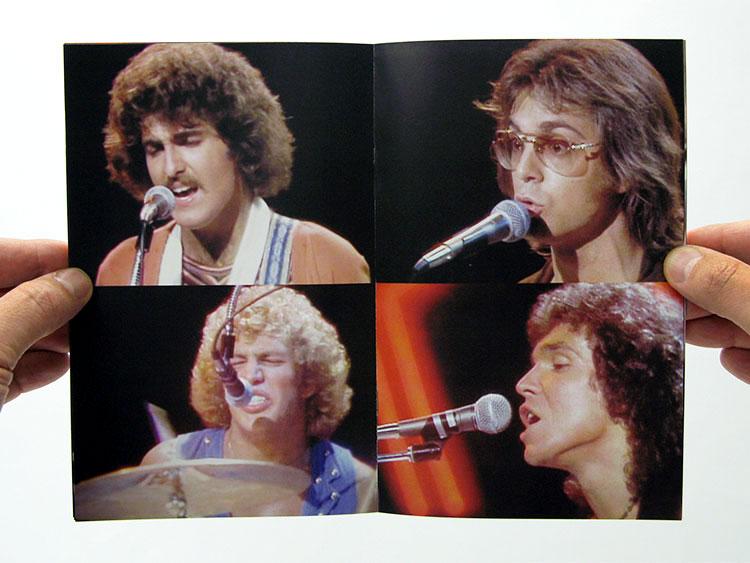 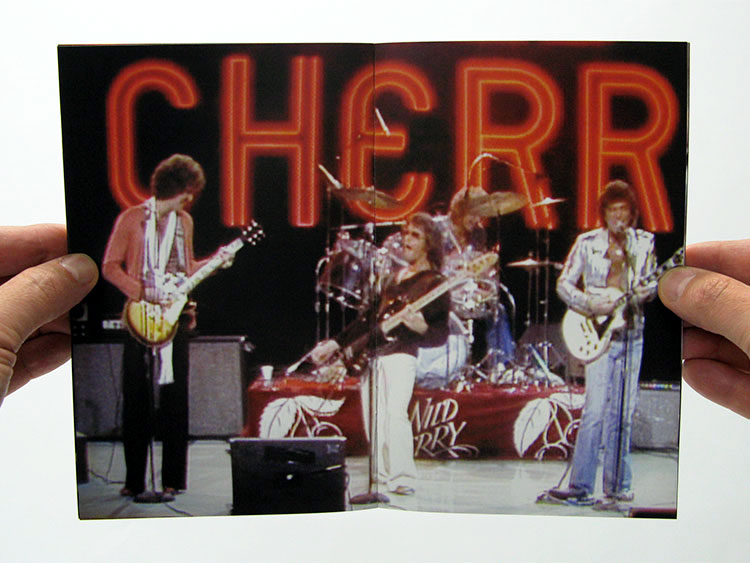 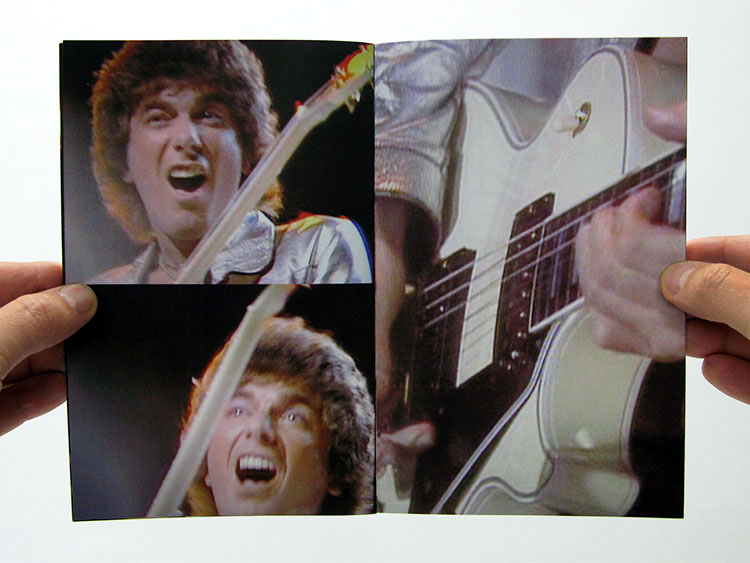 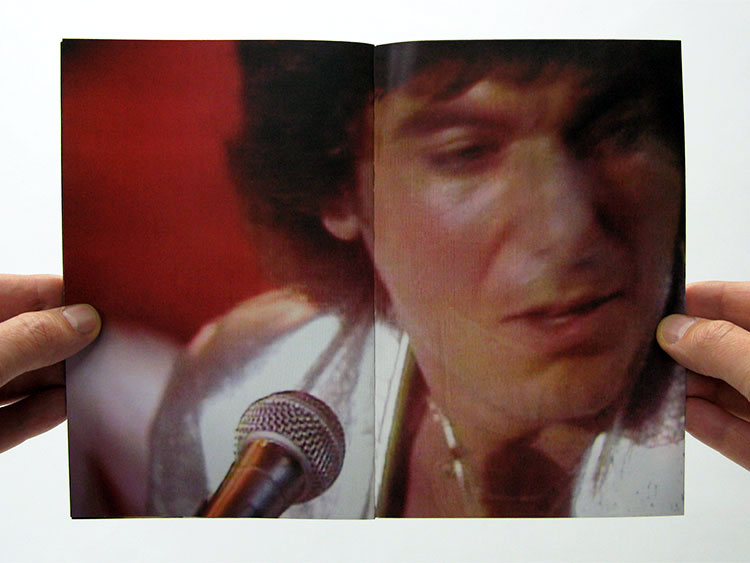 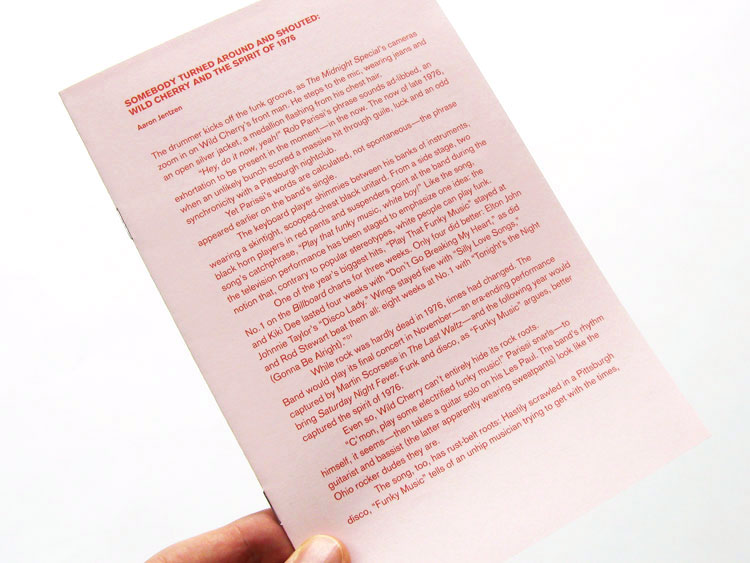 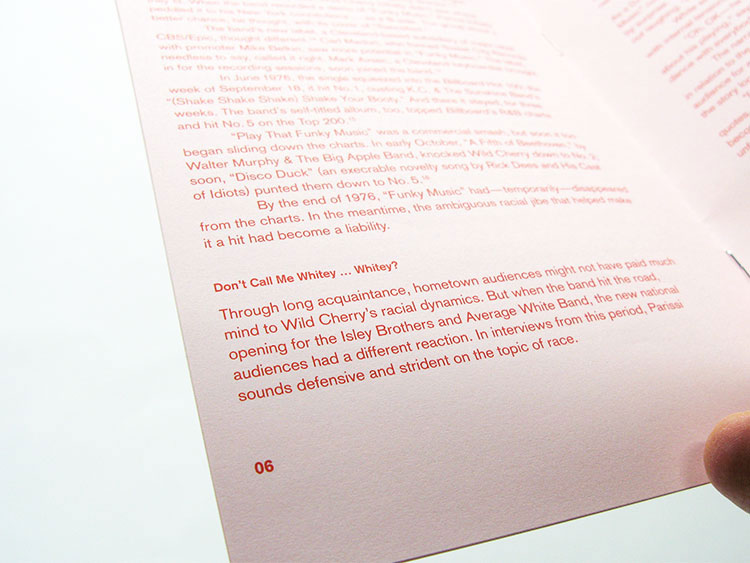