A kite for Jakob.

I’m not sure what’s going on, but this spring has brought several fallen baby birds. Jakob is always the first to find them—in the corner of the back deck, on the sidewalk, in the bushes under the dining room window. Their intact bodies hide the fact that they’ve fallen several stories. And the definition of their tiny closed eyes makes them look like they’re asleep. Peaceful.

We go to our spot in the mulch under a small tree and dig another hole. Jakob says a few words. “Goodbye bird. See you soon.” is typical. Then we throw on the dirt and place a flat rock as a marker. This ritual takes place five times over a three-week span in late March and early April. But for the past three weeks there has been nothing. And that’s a good thing, I suppose.

So today, after playing with the dozens of kids that roam the courtyard, Jakob comes up the stairs to me. “Daddy,” he says “I need to tell you a long story.” I settle in, expecting to hear details of who pushed who or the play-by-play of a spectacular soccer goal. Instead, he looks down to the floor and sighs, “Another dead bird died.” 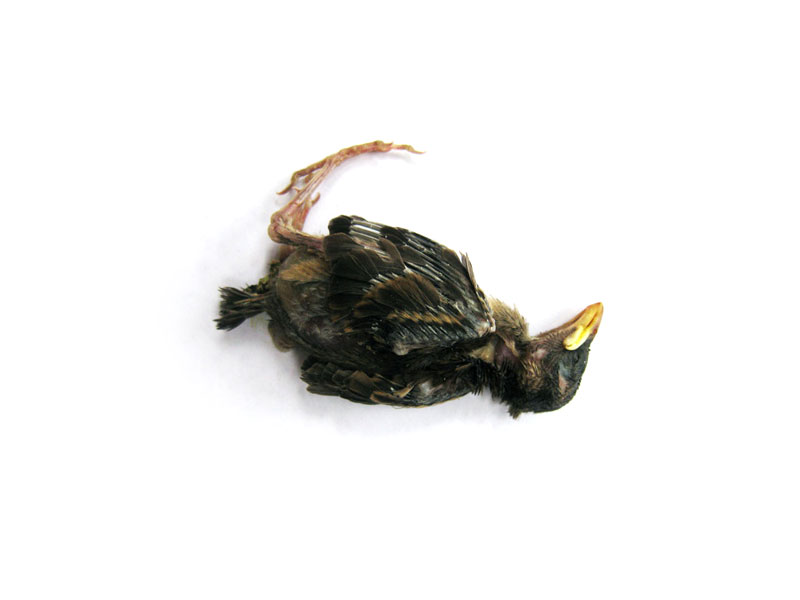