for Carnegie Museum of Art

Curated by Lulu Lippencott, Teenie Harris, Photographer: An American Story was a retrospective of African American photographer Charles “Teenie” Harris. His photographs—made in his studio and for the Pittsburgh Courier, the leading Black newspaper of the time—chronicle a vibrant Black urban community during the Jim Crow and Civil Rights eras. He captured the poetry of everyday common experience, as well as the extraordinary people who shaped the 20th century. A giant “TEENIE” wall greeted visitors along with supergraphics of Harris and the Hill District neighborhood where he did most of his work. The exhibition featured 987 of Harris’s most significant images chosen from nearly 80,000 of his negatives. These photos were featured in the first gallery as larger-than-life-sized projections combined with a newly commissioned jazz soundtrack. In the second gallery, the photos were part of a large-scale chronology wall. This surrounded a long light table holding a web-based interactive with access to the entire Harris archive along with a stack of Harris’s negative boxes. The last gallery included prints of 12 images chosen by a panel of experts, maps showing where Harris shot his photos and a documentary on his life. I also designed a 148-page gallery guide, program card, wayfinding signage and the banner for the museum’s façade. 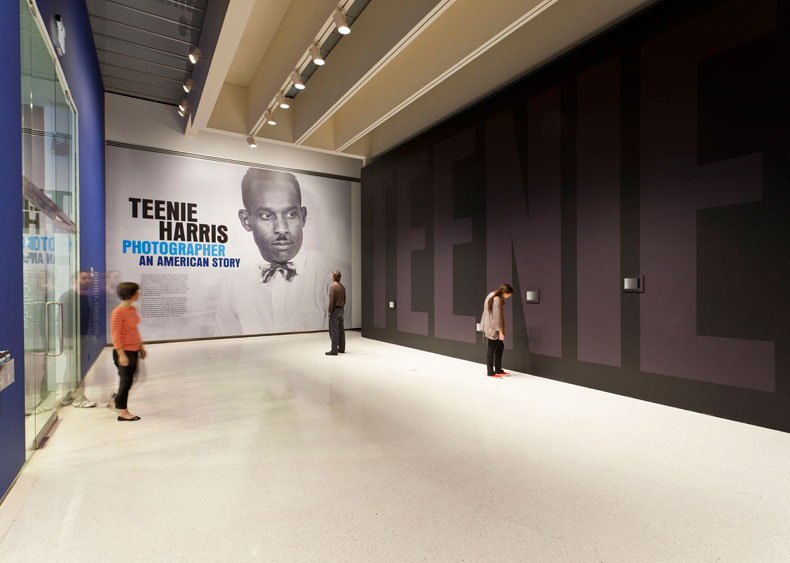 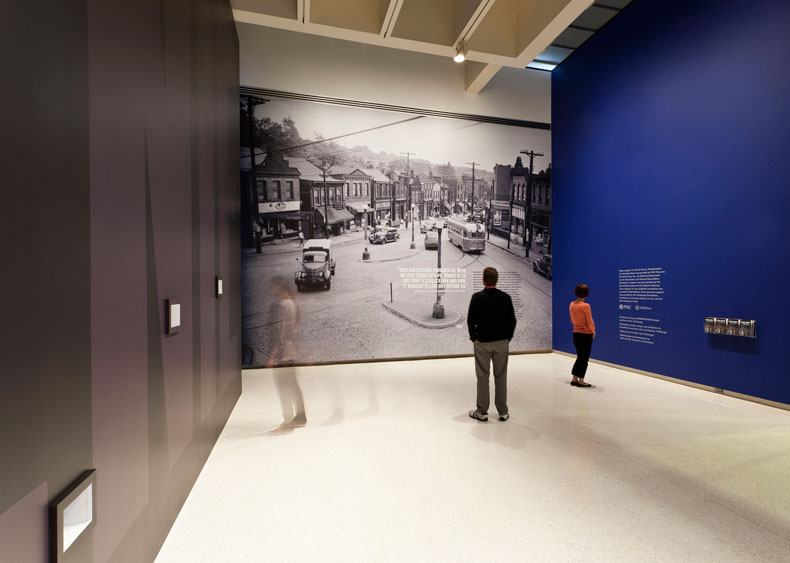 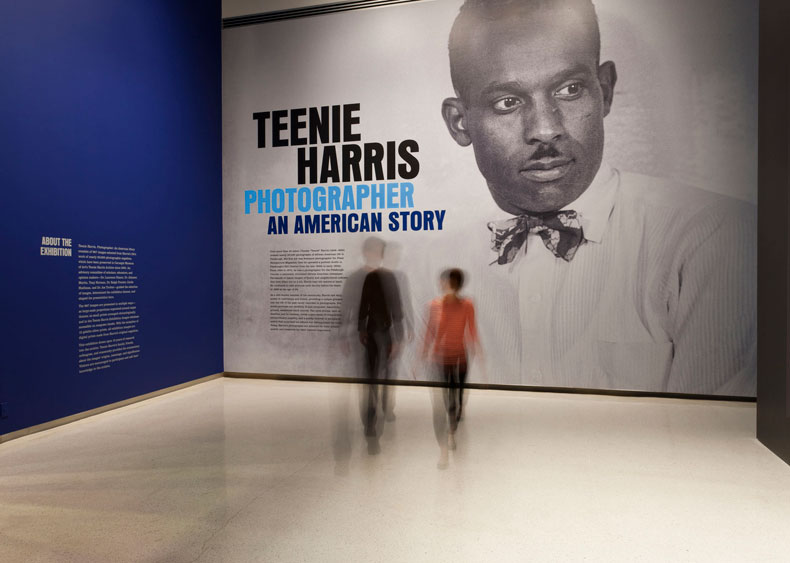 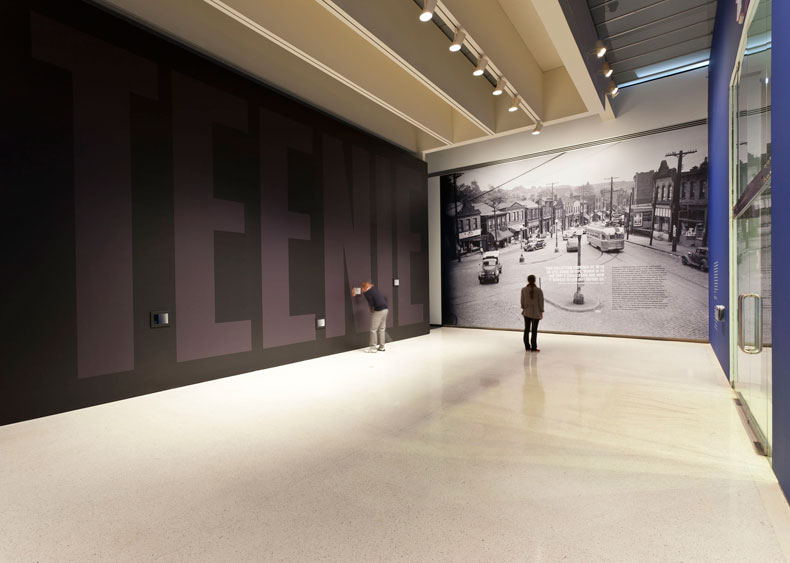 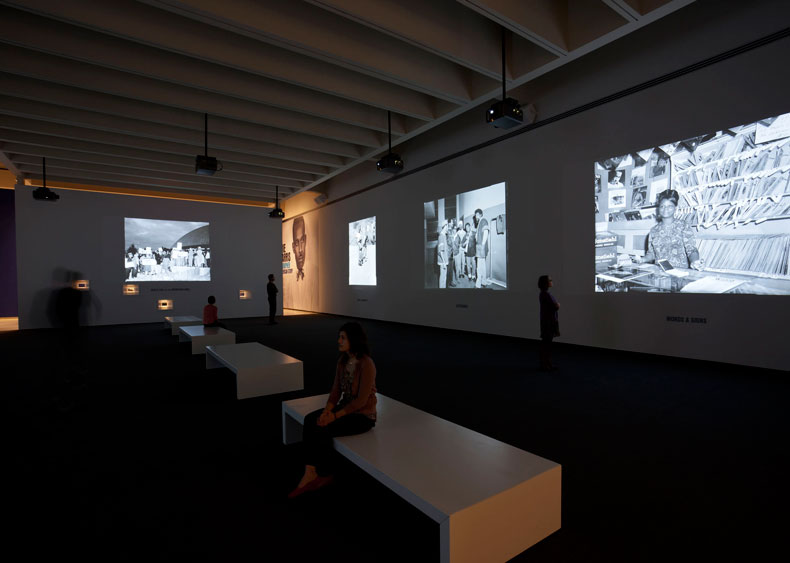 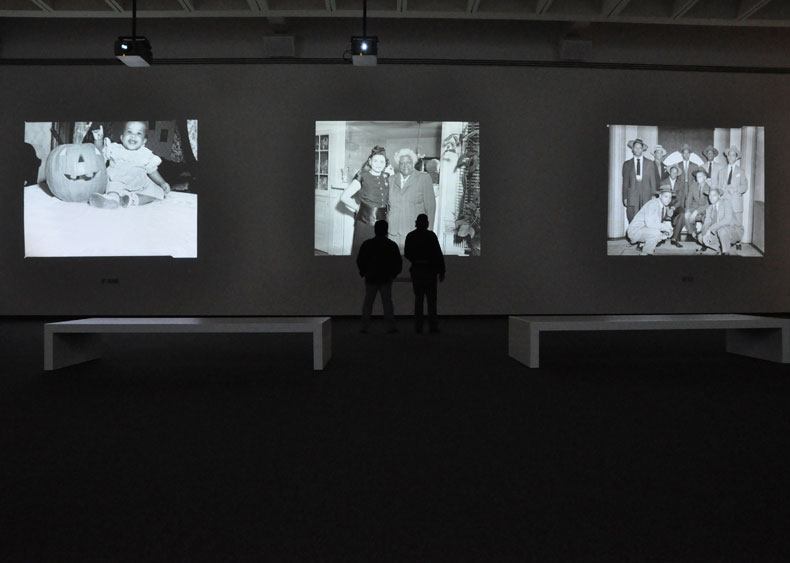 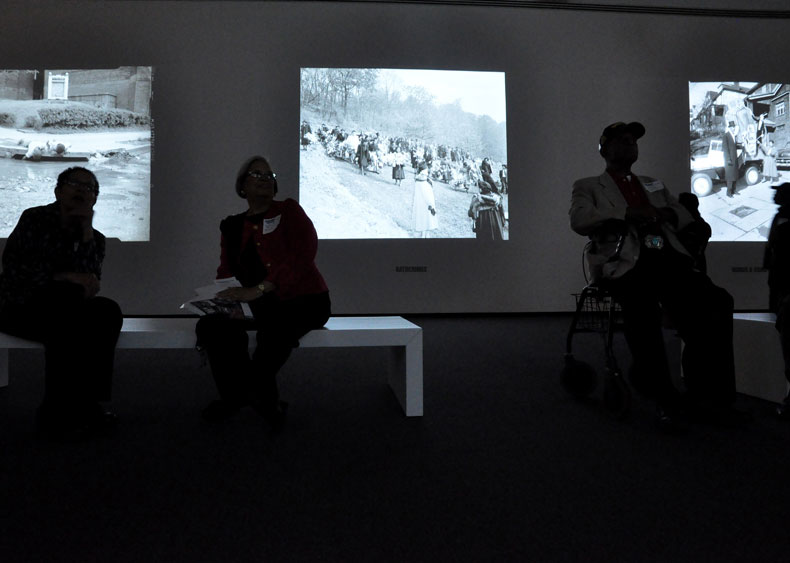 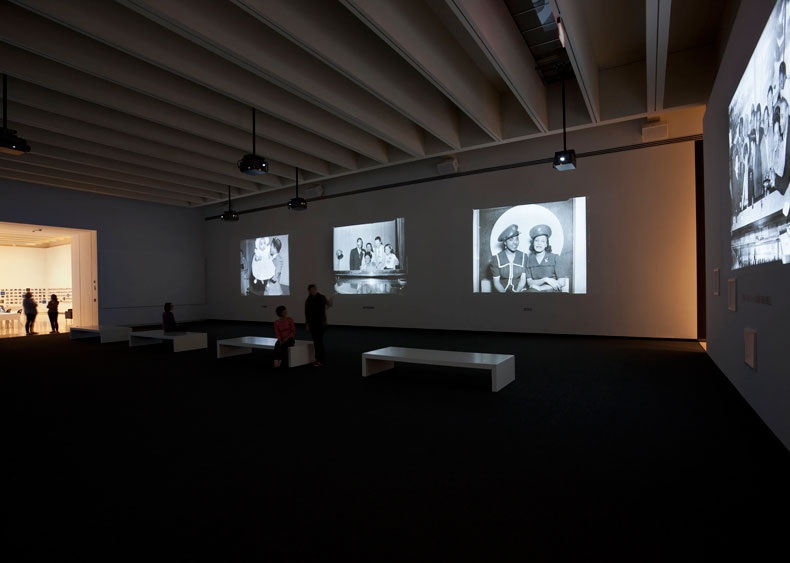 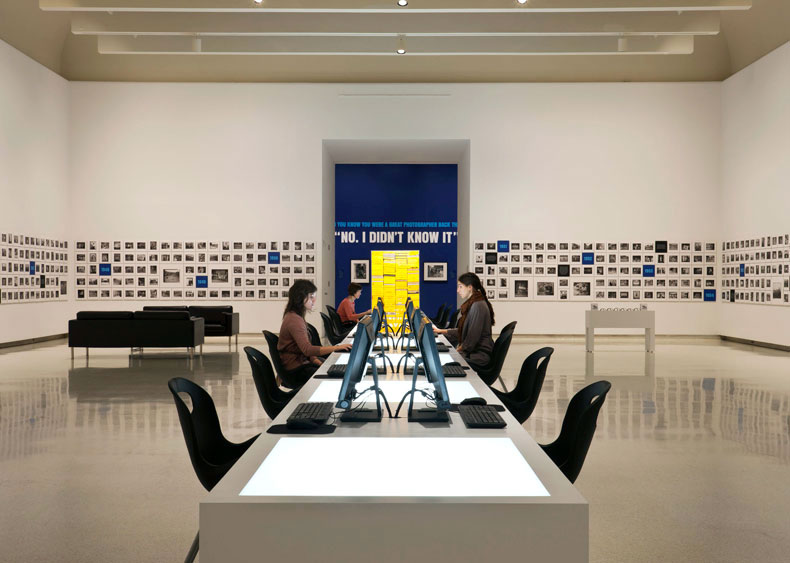 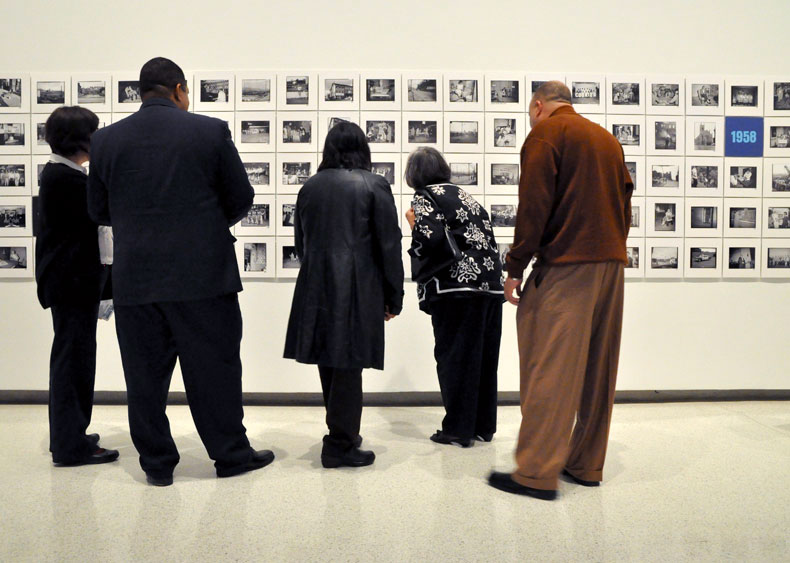 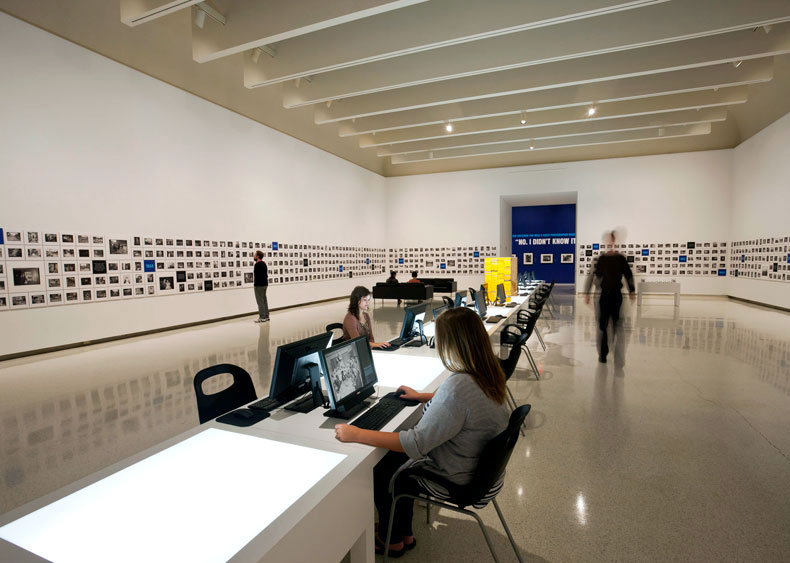 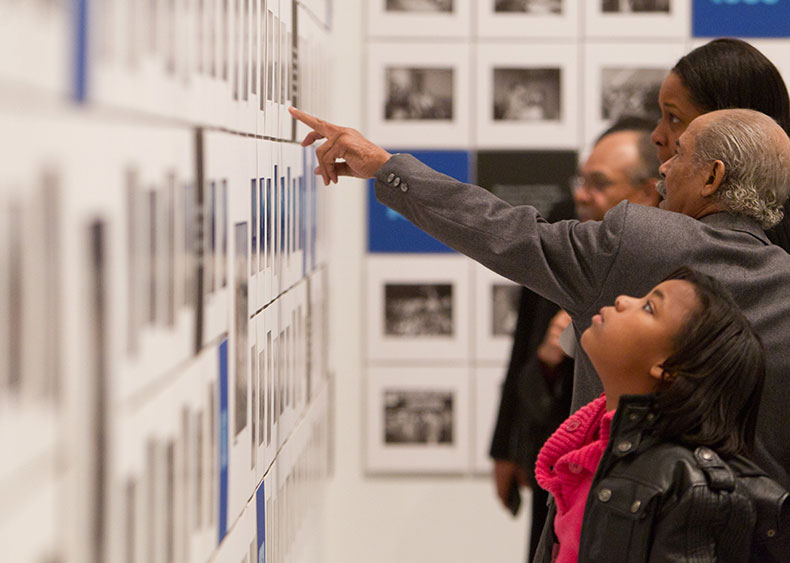 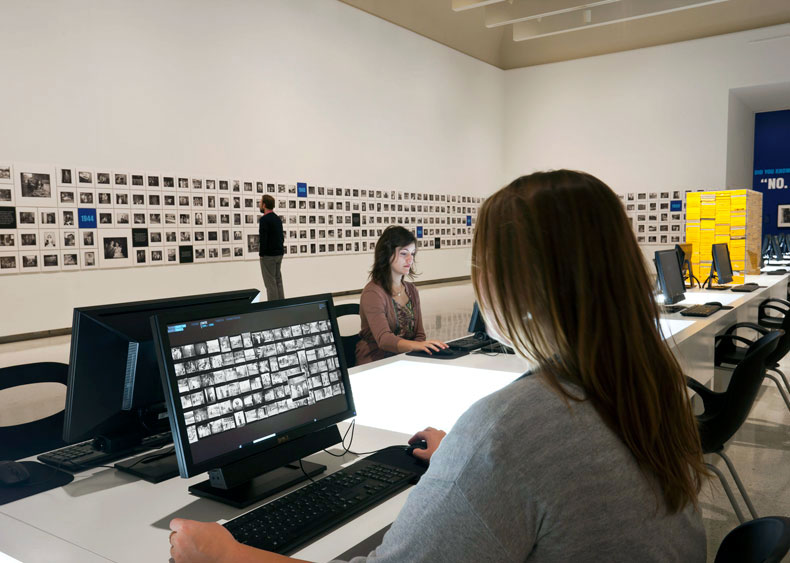 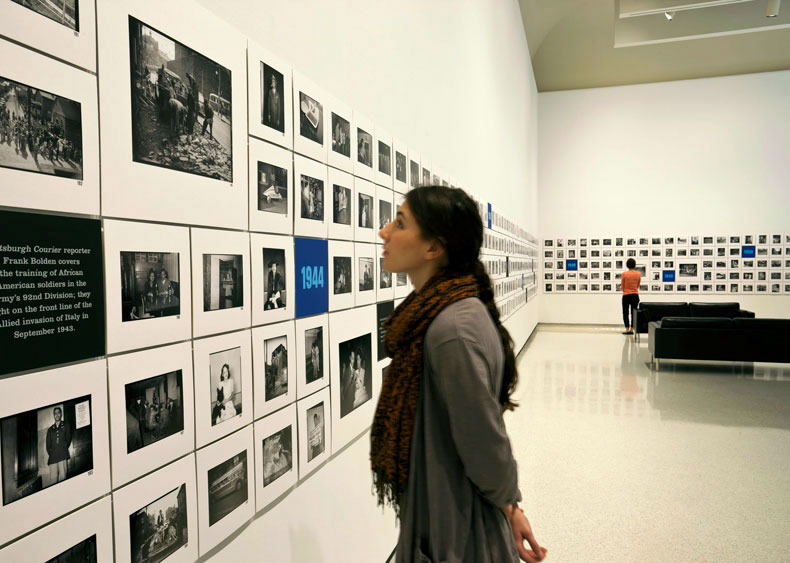 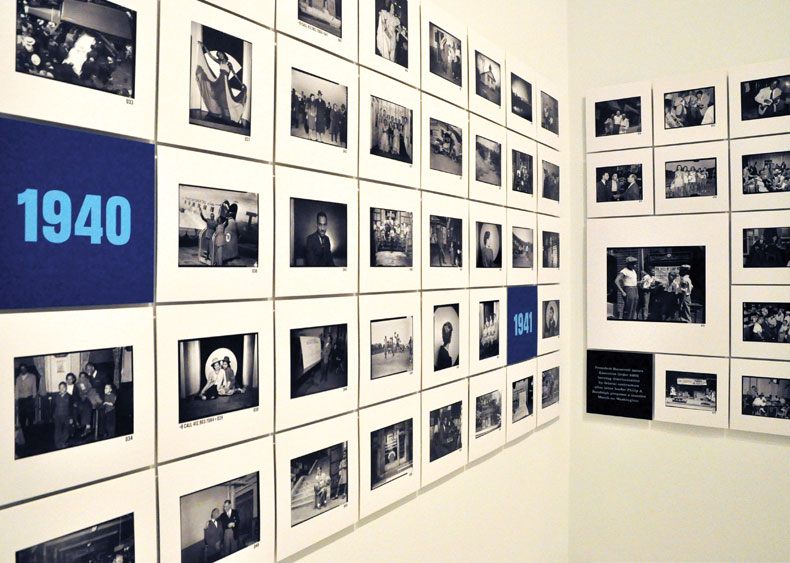 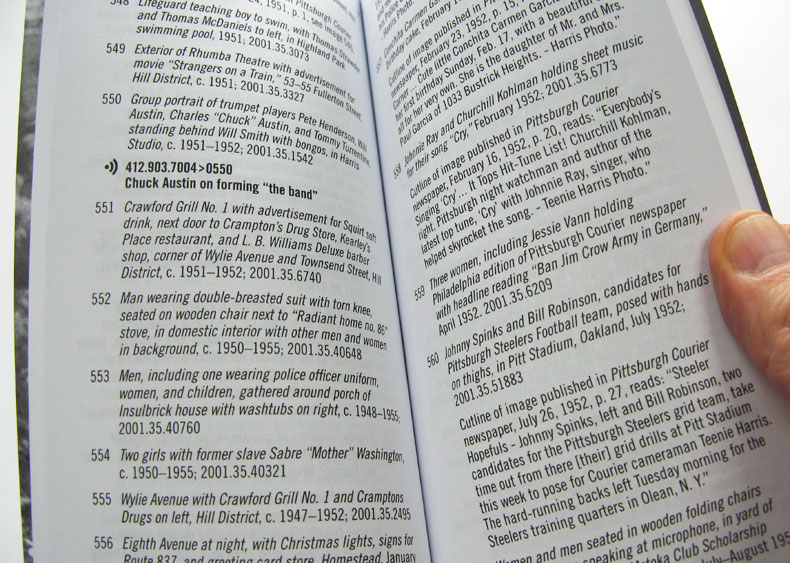 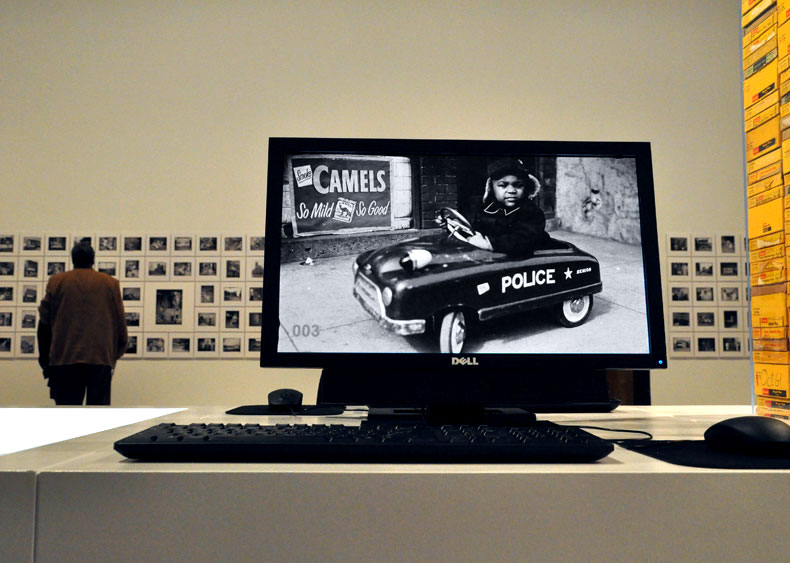 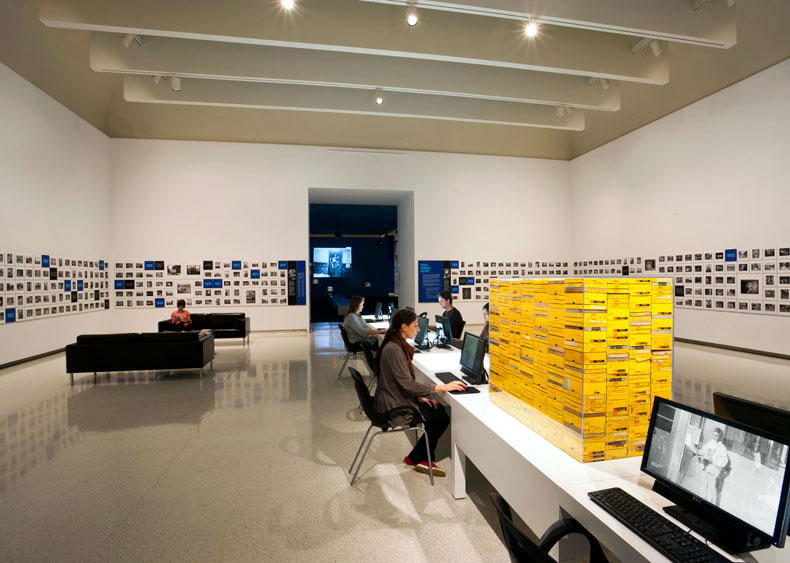 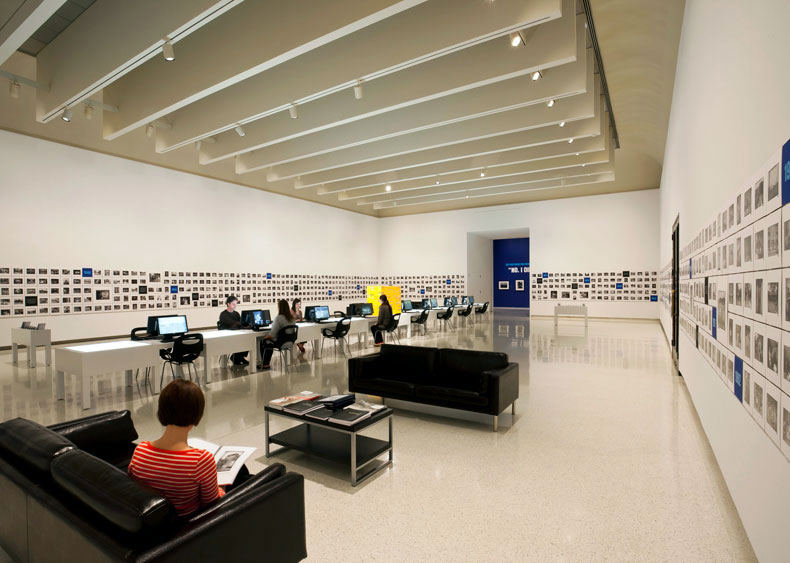 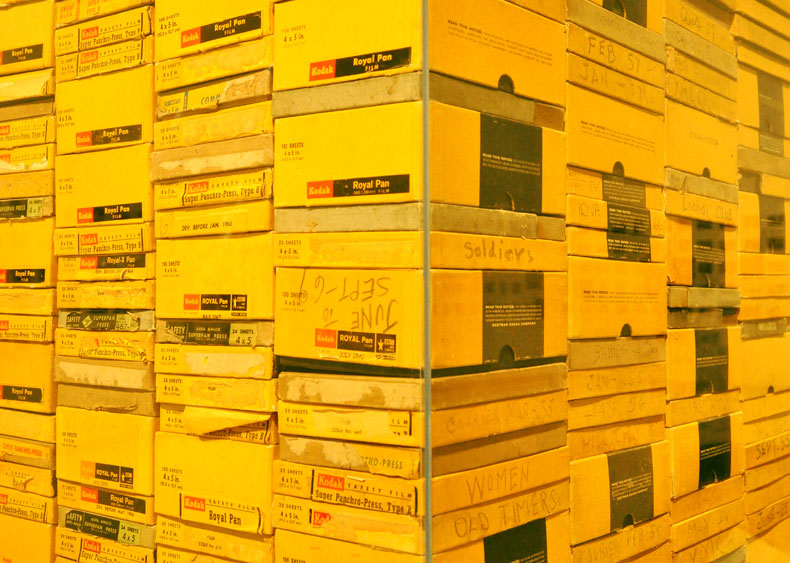 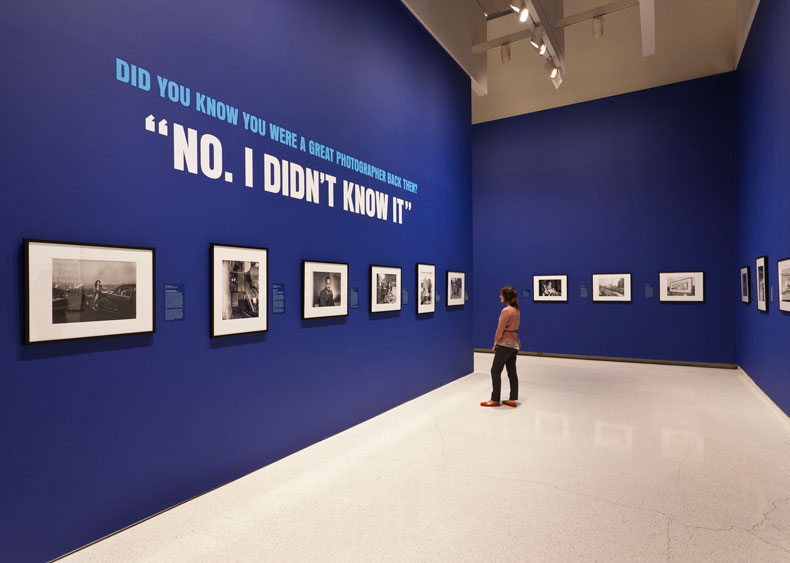 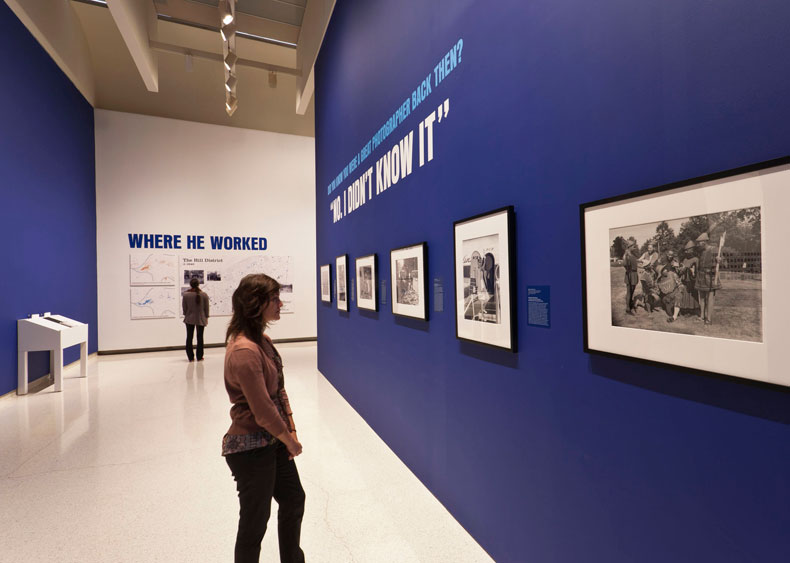 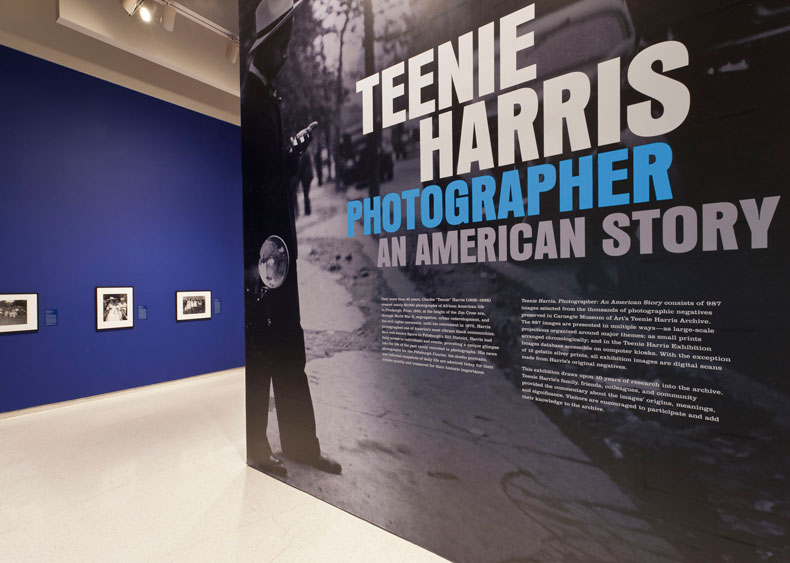 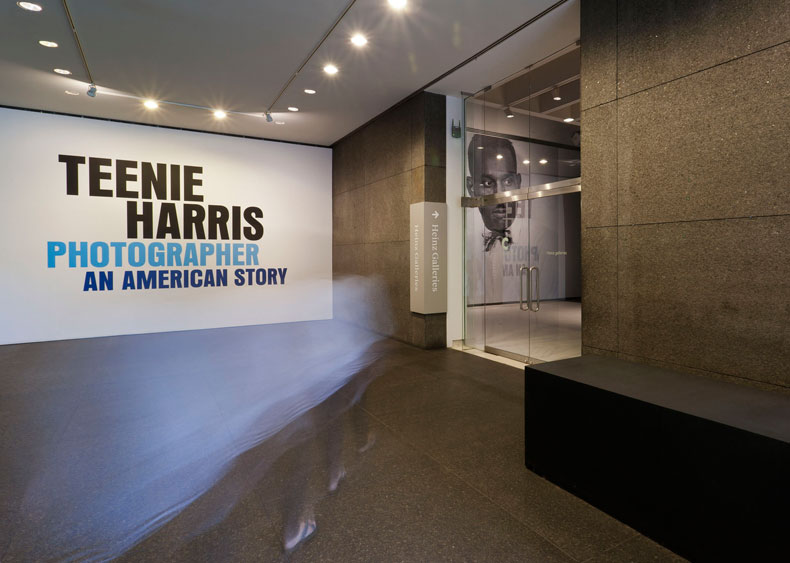 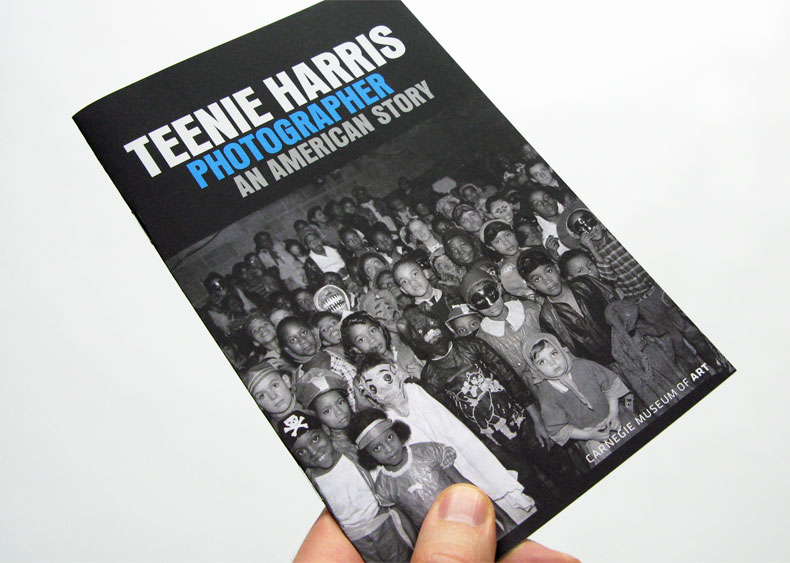